Home
Products
About Us
Factory Tour
Quality Control
Contact Us

1983: Development of the first CO2 laser sources for medical application, as well as of switching power supplies for lasers.

1992: Foundation of Cutlite Penta S.r.l., for production of industrial cutting and marking systems being equipped with medium and high power laser sources developed and produced by El.En.

2002: El.En. improves it’s maximum laser power with the launch of the 6kW CO2 laser for metal cutting and welding applications.

2010:El.En. S.p.A. has more than 20 branch company in the globe market and the annual sales volume is more than 300 million Euro 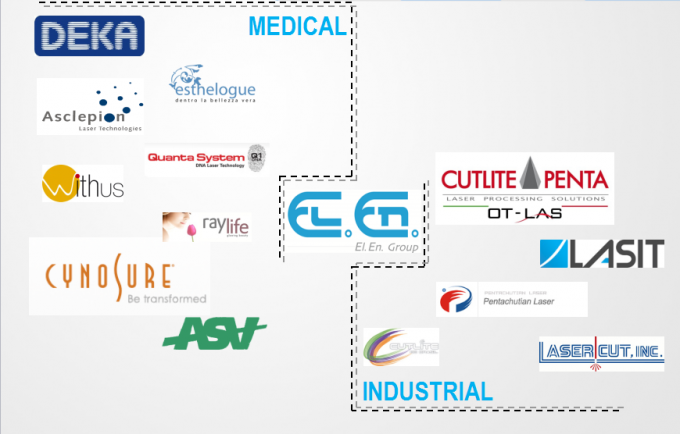 Chutian laser group founded in 1985 which is China's largest manufacturer of laser products with the most complete product categories and the most complete market network. It is the core enterprise of "Wuhan · China optical valley" and the leader of China's laser industry.

2012 Penta Laser (Wenzhou) Co., Ltd. was established which brings by the local government 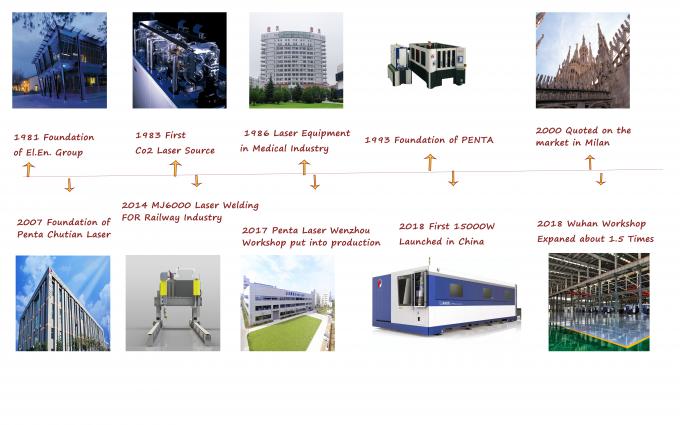 Penta Laser (Wenzhou) Co., Ltd is introduced to Wenzhou city by the government as an important industrial project with the overall investment of 500 million RMB, and annual production capability is up to 3 billion RMB. Penta Laser (Wenzhou) Co., Ltd is the largest processing equipment production base in Zhejiang province and East China, and the largest high power laser cutting machine exporter in China. 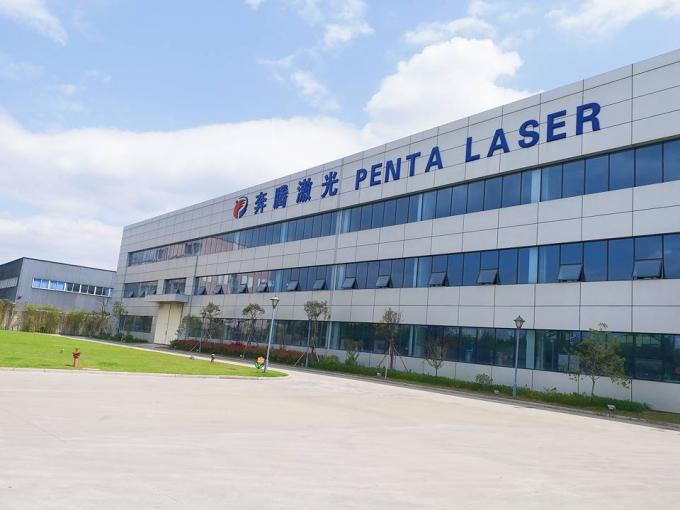 Penta Laser brings in advanced Italian laser application technology, and uses the key parts from famous international brands. Strictly followed European standards, Penta’s products are renowned for its stability, reliability, and fast-response service as well. We have service and training centers in 35 major Chinese cities and more than 10 countries all over the world. 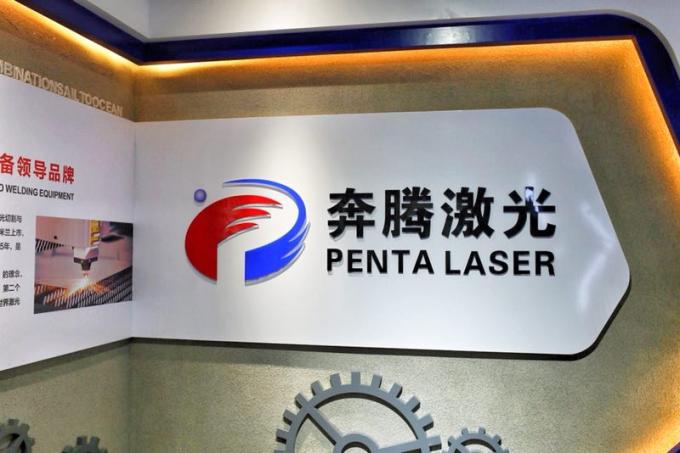 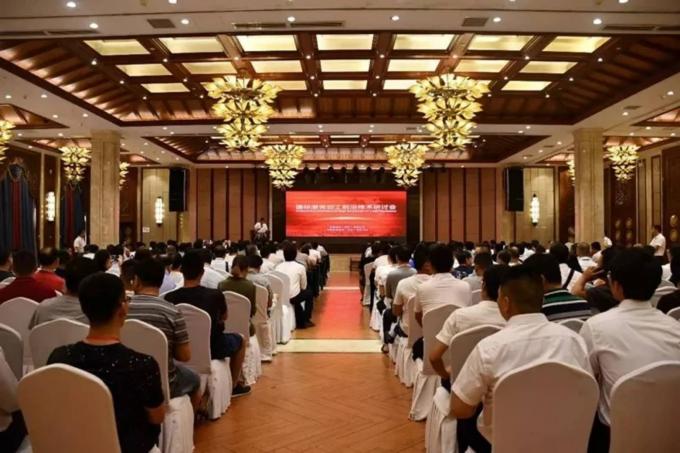 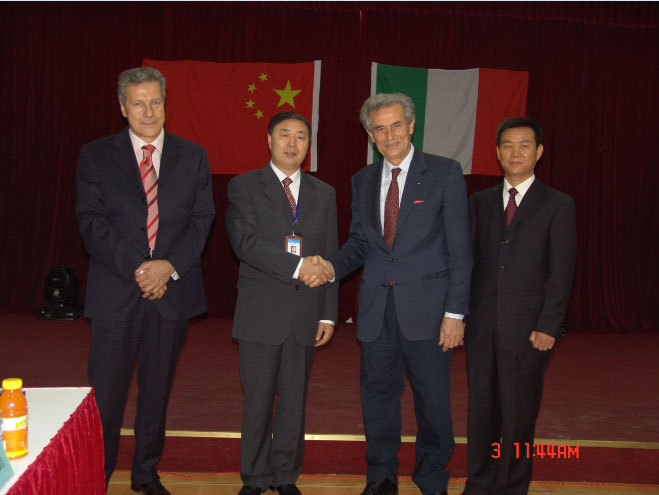 Penta Laser (Wenzhou) was founded in 2013 to expand the Sales & Service on Asia-Pacific market due to the fastest growth rate in Industrial Laser field. 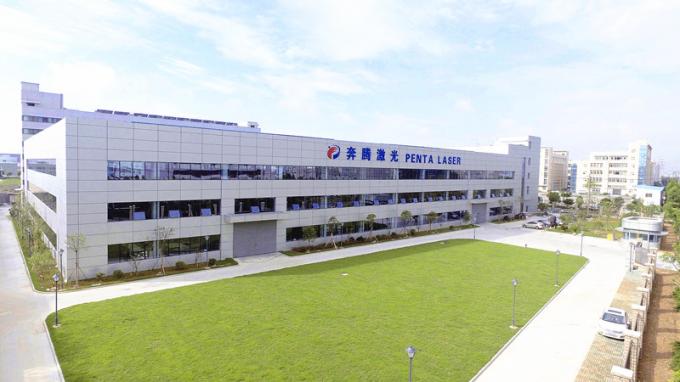 1993-Foundation of Cutlite Penta S.r.l. for production of industrial cutting and marking systems equipped with medium and high power laser sources developed and produced by El.En.

El.En.S.p.A. has more than 20 branches and subsidiaries worldwide. 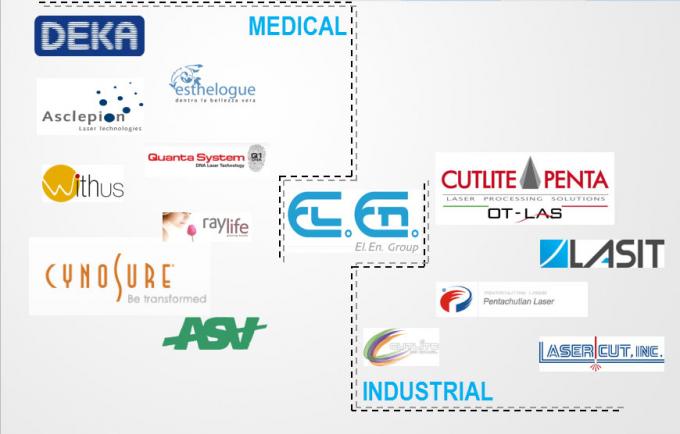 Penta Laser has service and training centers in 35 major Chinese cities and more than 10 countries all over the world. We will reply and provide maintenance instructions to  customers through telephone within two hour or send well trained service engineer to conduct on-sight service within 24 hours. 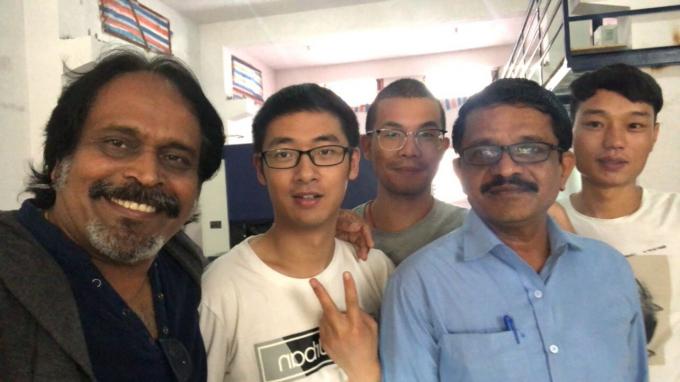 Now, we have a new research for Smart Manager 4.0 – SMART CLOUD

The new SMART CLOUD REMOTE SERVICE SYSTEM, allow the Penta Service team to have real time control of the machines all over the world.Several functions and settings can be processed by remote.

With the development of cloud computing, big data, mobile communication and other technologies, the Internet of things is becoming more and more capable of creating huge business opportunities for industrial enterprises.In order to realize the trend of The Times from "manufacturing" to "intelligent manufacturing", penta laser developed a leading maintenance system for customers.
Based on the Internet of things technology and cloud computing, we set up a remote monitoring management system based on cloud platform, to provide accurate products and business support through the remote access of data information, data analysis and processing,,control the real-time product situation, timely find product failure, enhance the service efficiency and quality.
The system characteristics

With the establishment of remote operation and maintenance management platform, active maintenance and pre-maintenance become possible.

Penta will provide the demander with installation layout plan (including requirements for Civil engineering, electricity, use level of gas and piping.) within 15 days upon and from the date on which the bussiness contract is signed. Installation shall be carried out in user’s factory and the user must prepare enough room, power supply,ventilating  system and equipment for installation. Installation will be taken charge of by extremely well
trained engineer of Penta Laser . 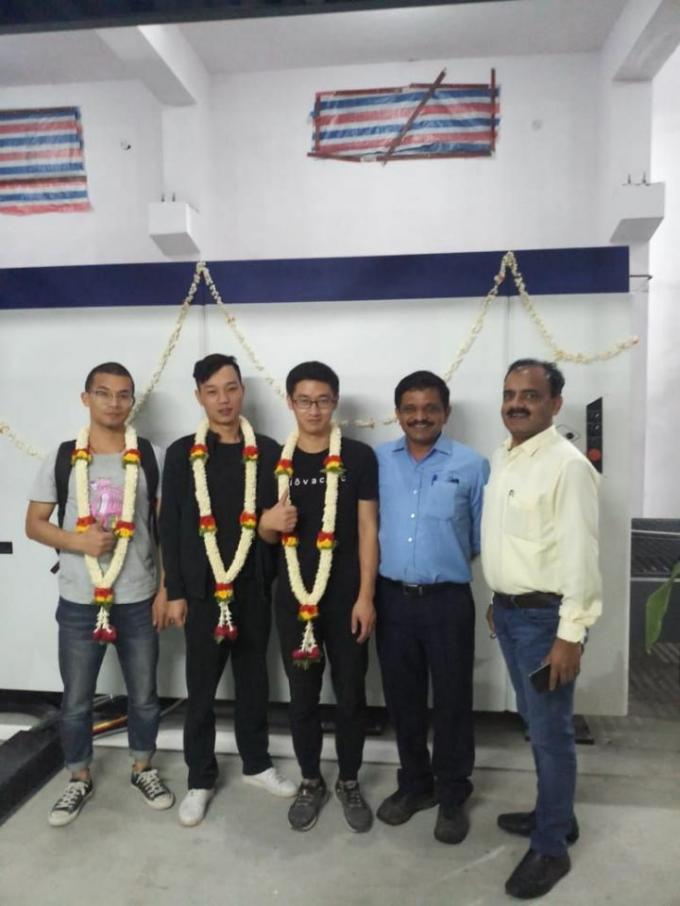 Training will be devided into two parts in both factories; 1 week in the Penta’s factory at first and 3
weeks in the demander’s factory later. Training is mainly about maintenance, operation, laser protecting,
cutting parameters, graphics edition, common debugging and so on. The trainees are restricted to
mechanical, electric or optic assistant engineer or engineer who can operate computer and draw with
AutoCAD. Only if they pass the testing on equipment operation, basics of laser, safty and maintenance
organized by Penta Laser they can start working.

We bring relevant professional top talent and technology together for a highly qualified professional team. As the expansion of our business, we welcome more friends. 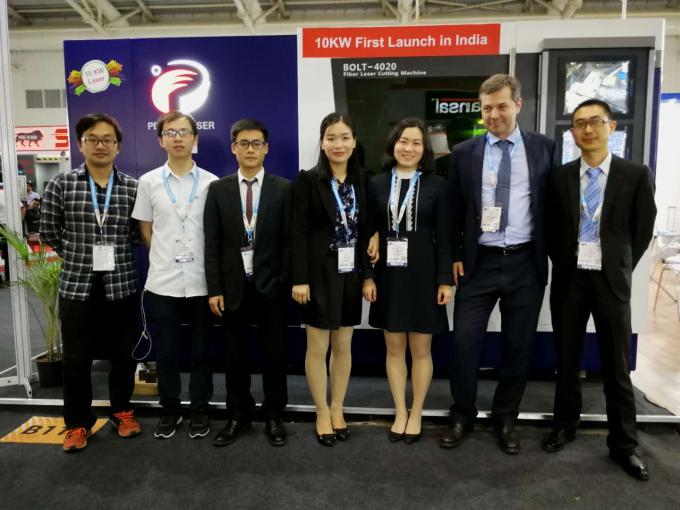 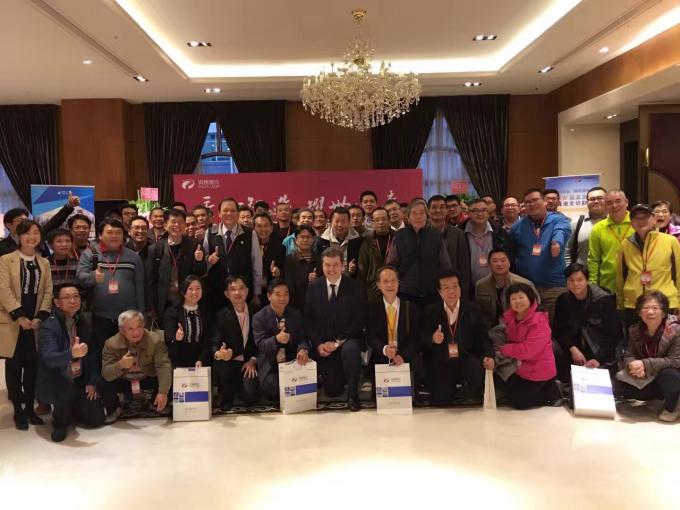 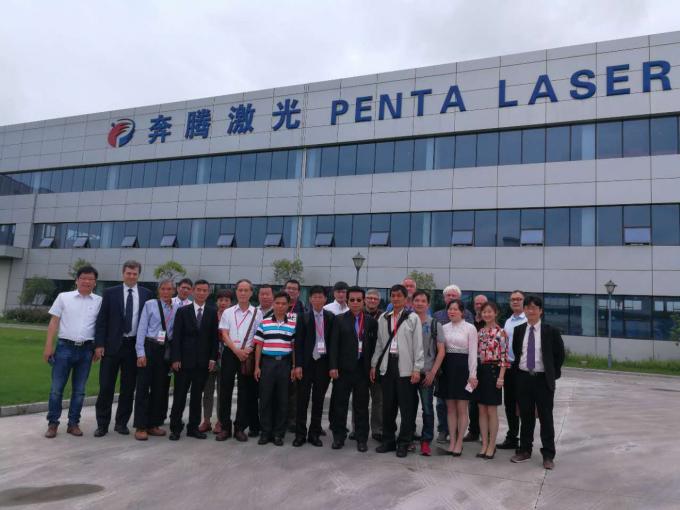